BERKELEY, CA. – On April 21, PBA Galleries donated a small but very important group of rare maps, views, and illustrated letter sheets relating to the early history and later development of the city of San Francisco. The important assemblage of graphic and cartographic material from the Charles Fracchia collection, numbering just over 130 lots, was compiled over half a century by one of the city’s greatest historians. Exceptional results often greatly exceeded published estimates, but many items were so rare, even unique, that the estimates served primarily as starting points. In the end, all 134 lots sold, a “white glove” auction, the first in the galleries’ 30-year history.

Charles Fracchia, who died in the summer of 2021, was the founder of the San Francisco Historical Society and one of San Francisco’s most respected historians. He has led historic walking tours for two generations of San Franciscans; taught history courses at the University of San Francisco, San Francisco State and City College; and lectured at venues across the city. He is the author of numerous books and editor of the historical journal The Argonaut and quarterly newsletter Panorama. He was an active member of various clubs such as the Book Club of California and the National Bibliophile Association, and was one of the founders of rolling stone magazine.

Bidders are passionate about the Fracchia collection, especially the lithographs and views of San Francisco. One example is “View of San Francisco in 1860,” a tinted lithograph looking toward Yerba Buena Island, which sold for $10,625, double the high estimate. In the same category, a lithograph by George Baker of San Francisco went to a lucky bidder for $11,785.

The collection included many maps of the entire city, from its beginnings to the years of reconstruction after the devastating earthquake. But perhaps even more interesting were the local maps showing neighborhoods divided into lots, for sale to settlers and speculators. One map in this category that greatly exceeded the estimate was a tidal land map for sale, printed by GT Brown, California’s first African-American lithographer, which sold for $10,000. Another map that has piqued the interest of bidders is the official map of Chinatown in San Francisco, a color lithograph from 1885. The lot sold for $15,000, ten times the high estimate.

The large selection of illustrated letter sheets, graphic representations of San Francisco in the wild days of the Gold Rush, captured its incredible growth from outpost to metropolis in just a few years. These brought high prices across the board – among the most notable was a sheet of letters with a large lithographed double-page spread ‘Bird’s-Eye View of San Francisco…July 1852’, published by Cooke & LeCount, which cost $9,375.

The successful auction foreshadows what is to come at PBA Galleries. The second part of the Charles Fracchia collection, comprising a large group of lithographed views of San Francisco, with related material, will be offered in the fall.

The prices shown include the buyer’s commission as quoted by the auction house. For information, www.pbagalleries.com or 415-989-2665.

A sheet of letters with a double-page lithograph “A Bird’s Eye View of San Francisco from Meream’s Model and Nature in July, 1852,” published by Cooke & LeCount, cost $9,375. 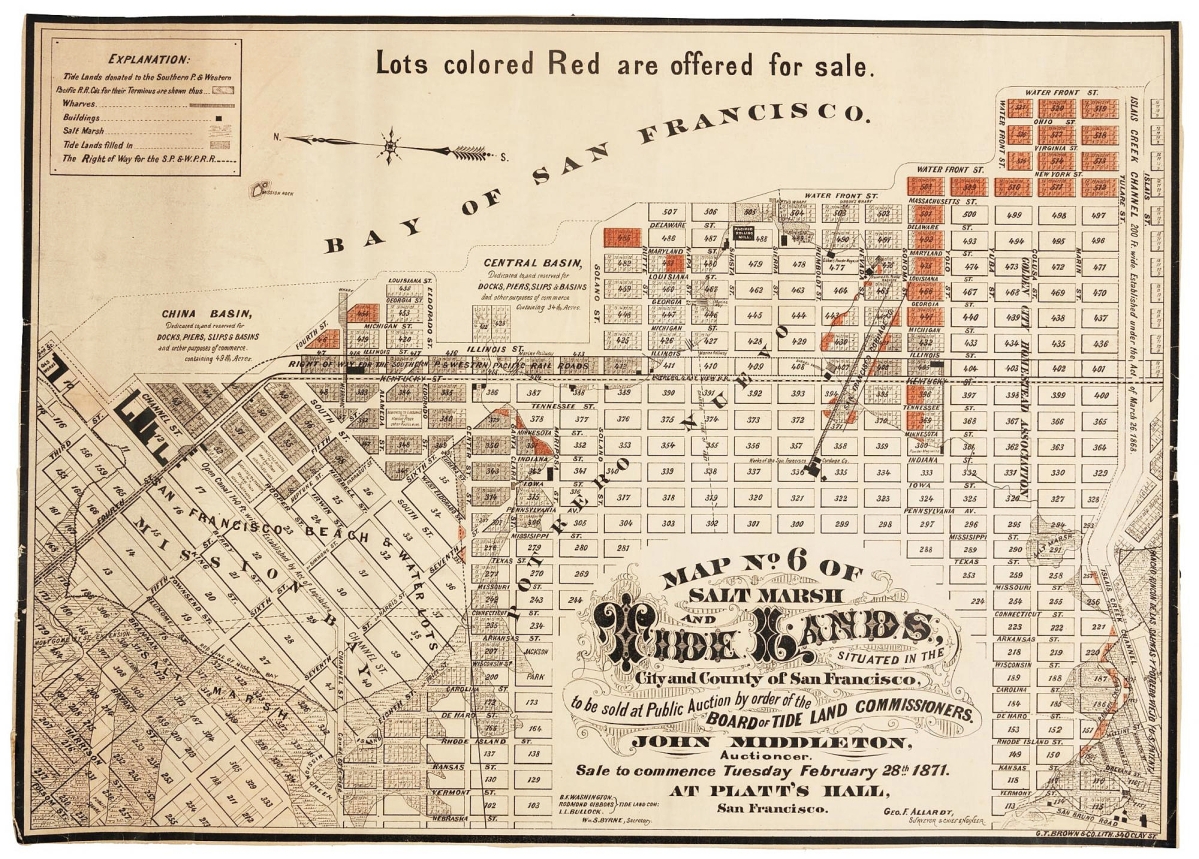 Map No. 6 of Salt Marsh and Tide Lands located in… San Francisco, lithographed by GT Brown brought in $10,000. 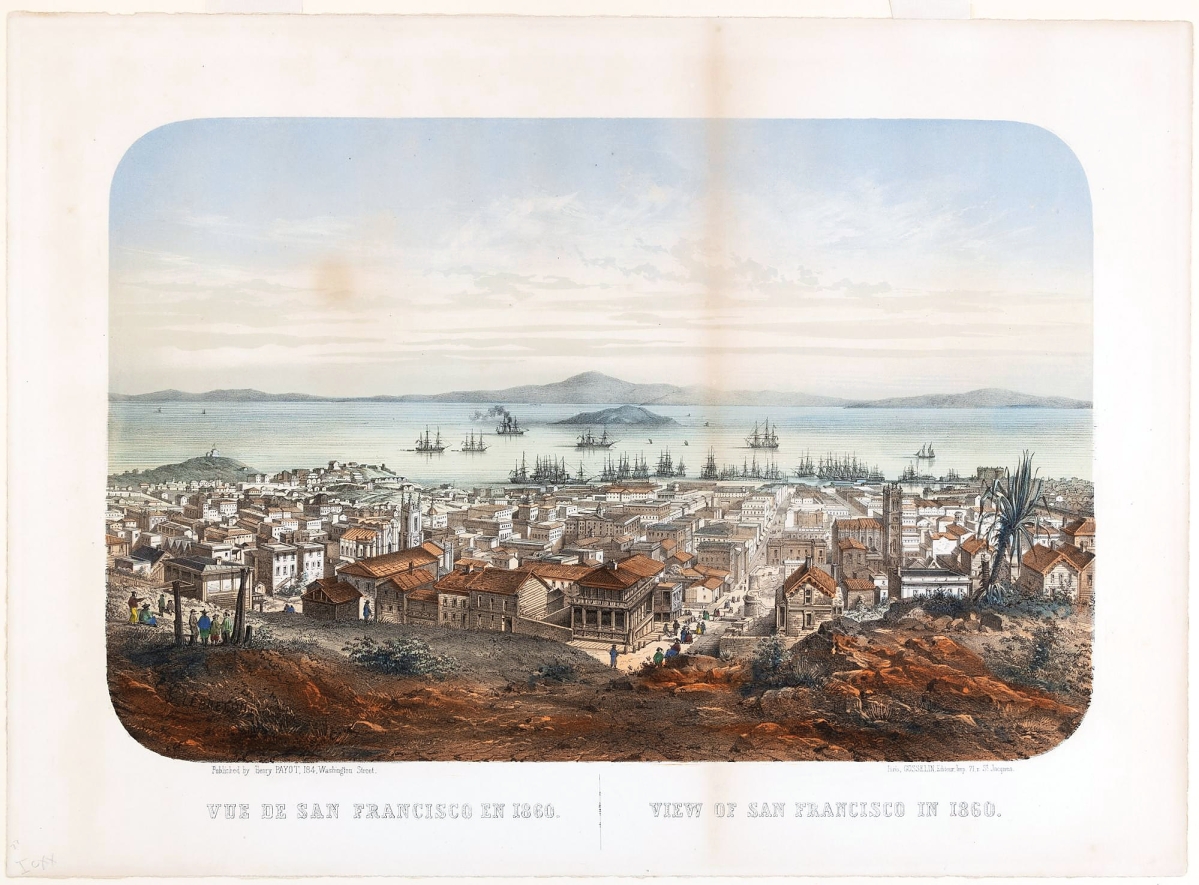