Tim Sale’s family has announced on Twitter that the legendary artist passed away, three days after being admitted to hospital with undisclosed ‘serious’ health issues. He was 66 years old. The tweet reads: “It is with deep sadness that I must announce that Tim Sale passed away today. He passed with the love of his life by his side and loves you all very much.

Sale was born in Ithaca, New York, on May 1, 1956, to Roger Sale, a literature teacher and author, and Dorothy Young Sale. He grew up in Seattle, where his father taught at the University of Washington, and eventually attended UW, before studying at the School of Visual Arts in New York, as well as a comic workshop run by John Buscema. His early comic book work included the “Thieves’ World” series, which was published by Starblaze Graphics from 1985 to 1987; Sarah Byam’s 1991 mini-series “Billi 99” and Matt Wagner’s “Grendel”.

In 1991, Sale and writer Jeph Loeb first collaborated on “Challengers of the Unknown,” which led to them reteaming for the next few years on three “Batman: Legends of the Dark Knight” Halloween specials. “, collectively known as “Batman: Haunted Knight. This led to 1996’s “Batman: The Long Halloween,” an epic maxi-series chronicling the origin of Batman’s nemesis Two-Face, as well as to its sequel ‘Batman: Dark Victory’ and spin-off ‘Catwoman: When in Rome’. 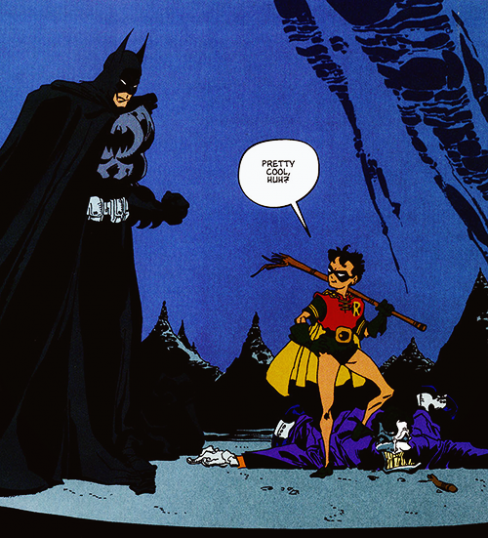 Representation of Batman, Robin and the Joker in “Batman: Dark Victory” by Sale

Sale and Loeb also collaborated on the Superman childhood story “Superman For All Seasons” and the Marvel miniseries “Daredevil: Yellow”, “Spider-Man: Blue”, “Hulk: Gray” and ” Captain America: White”. which also explored the early adventures of these characters. In 2004, Sale, Loeb, Darwyn Cooke, Diana Schutz and Brian Azzarello on the first issue of DC’s anthology “Solo”, and he later joined Cooke on the 2007 series “Superman Confidential”, for a story illustrating the first Superman encounter. with kryptonite.

The sale mainly focused on the cover in the last years of his life, although 2015 saw the completion of “Captain America: White” after several years of significant delays, and in 2021 he and Loeb reunited. for a “Batman: The Long Halloween Special”. He was honored during his lifetime with the Eisner Award for Best Artist/Pencil/Inker or Penciler/Inker Team in 1999, and “The Long Halloween” and “Dark Victory” have been cited as inspiration for Christopher’s Batman films. Nolan and Matt Reeves.

On Twitter, DC said, “Tim Sale was an incredible artist, whose take on iconic characters had real human depth, and his groundbreaking page designs changed the way an entire generation thinks about comic book storytelling. Our condolences go out to Tim’s family and friends. He will be greatly missed. Tributes were also paid by Mike Mignola, Evan “Doc” Shaner, Richard Starking, Rob Liefeld, Billy West, Tom King, Athlete, Bryan Fullerand many more in and outside the comics industry.