In less than a year, much of Skagway’s waterfront returns to city control after the expiration of a 55-year lease with White Pass and Yukon Route. That means valuable waterfront properties could be up for grabs. Last week, the borough assembly agreed to go ahead with a public bidding process, instead of offering leases to current tenants without competition.

The head lease and all sub-leases expire next March and the municipality not only takes control of the land, but assumes ownership of all land improvements. Last week, the borough assembly voted unanimously to open the bidding for these subleases with a request for proposals or a request for proposals process. This means that the municipality will have an idea of ​​the true market value of these properties. Assemblyman Orion Hanson told the assembly that it was not a question of whether or not these businesses had been good tenants.

“I want to emphasize that this is really about our fiduciary responsibility as members of the assembly. And this is also our code. It’s not just about 2022 and 2023. It’s about setting the right standard, the right process for the decades ahead,” Hanson said.

The lease with White Pass brought the municipality just under $130,000 per year. New revenue streams are expected to eclipse this amount. With individual leases, berthing fees, easements, passenger fares and transfer fees, the municipality can earn millions.

But not all sub-letters are thrilled with the RFP process. Temsco Helicopters is one of them. Their parent company is Alaska Stevedoring, whose CEO is Bob Berto, the current president and co-owner of White Pass. His son Ethan Berto is the CEO of Temsco and last week he wrote a letter to the Skagway assembly saying that under municipal code his company is entitled to a lease extension in part because of improvements that made to the property, including their building and their helipads.

The municipality’s solicitor, Robin Brena, spoke at last Thursday’s assembly meeting and explained that Temsco did not have a binding agreement with the municipality; it had been sublet to White Pass.

“Temsco just sent a letter to Skagway asking to renew the lease, you can’t renew a lease you’re not a party to,” Brena said.

The sublease held by Temsco will expire a few days before White Pass’ head lease. If there are improvements, they become the property of the municipality according to the 1968 Master Lease.

“Improvements, for example, include all of the fill that created the waterfront. Now, under the terms of the lease, the sub-tenant has limited rights to remove the improvements. And by the anchor tenant if they choose,” Brena said.

Berto’s letter suggested that removing the building would benefit neither the municipality nor Temsco. He also referred to a memorandum of understanding that was signed by the municipality last year which made no reference to open offers for the property in the future. 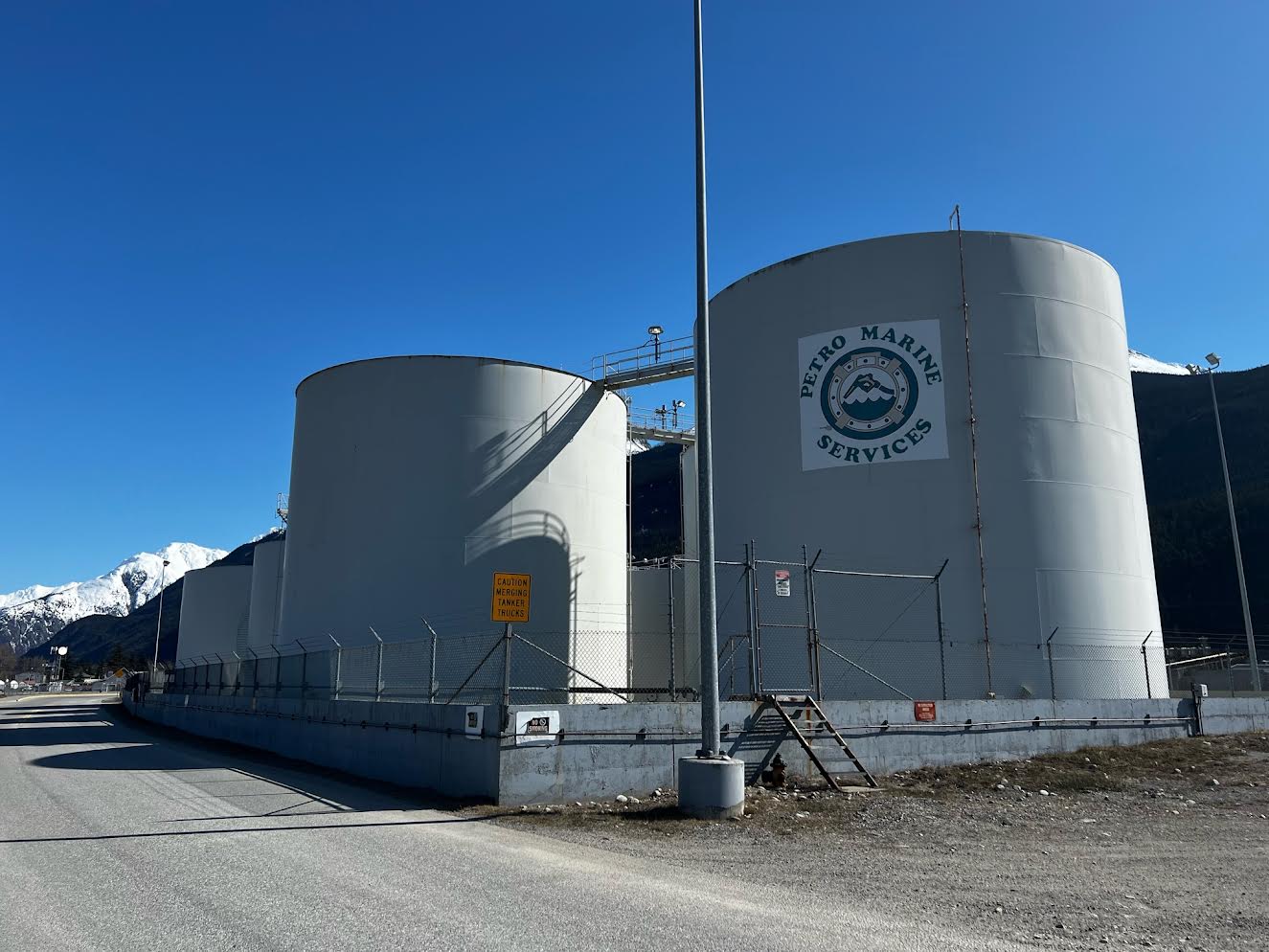 Petro Marine Services is another sublet on the Skagway waterfront. The fuel company also wrote a letter to the assembly which discussed improvements it had made to the property it was subletting, including the installation of several large fuel tanks. His letter stated that the sublease states that they can remove these tanks at the end of the lease.

According to Brena, some of these tanks are 40 years old, and if Petro Marine removes the tanks, the new tenant would have a few options.

“They’ll have to build a tank yard if it’s removed correctly, and there’s a process they have to go through. Or if it’s there, they’ll have to rent it from the city. No one has any incentive to remove a tank farm, it costs money and raises a series of issues,” Brena said.

The resolution to adopt the RFP process was unanimously approved by the assembly and was revisited Monday evening at the Skagway Ports and Harbors Committee meeting to iron out any remaining details. Borough officials expect to open the RFP process within the next two weeks.

Donald Keene’s Japan (Pt. 11): Saying goodbye to Mount Fuji after a brief stay in the country

Harrogate not bidding for Eurovision